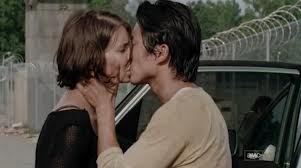 In the bigger cities of US, It is a common sight to see white men dating an Asian girl but chances of seeing an Asian man dating a white woman is still somewhat rare. For Asian men, dating a white woman (or a black, Hispanic or Latina) is a second option as they prefer dating an Asian woman instead of interracial dating, for they need not worry about any issues of custom, race or color. Common friends to Asians could also hear them saying that, they are attracted to whites, but feel they would never be able to date a white, despite her being hot. It is a conservative thought that it could be a hassle to date a white woman discourages him to take that step towards dating a white girl.

Asian men have to remove that bottleneck in their thoughts and go for dating a woman of their choice. The very thought that an Asian may look odd where everyone is white, belongs to colonial era. Do remember that we are now living in a fast Internet world with many good interracial dating sites and interracial dating apps. Stop looking for Asian girls in an Asian club and venture into a club where you can meet a sizeable number of white girls. Simply do not stand there expecting someone to come and talk to you, there is nothing wrong in striking a conversation at the pool side, snooker table or at the bar. The other source to meet white girls would be to make non Asian friends also. It is alright to think that you had been all along having only Asian friends, but whites as friends would be go getters and would make you have the comfort which you were otherwise having with Asian friends. Befriending a white is a step towards success in meeting a white girl as the newly found white friend is sure to introduce white girls to you. Be bold when getting introduced and be visually also cheerful in their company.

Once you get the acquaintance with a white girl of your choice, be open to her in telling her the reasons for liking her. Most white women are interested to know about other races and their culture and it is a good opportunity dawned on you, to take her into your Asian world. You can take her to an Asian restaurant or an Asian movie, but do not over do all of a sudden, for she will be confused. As an Asian man, do not fulfill your stereotypical role of an Asian, but prove to her that you are a cool guy with confidence, capable of socializing and no different than any other white guy whom she would like to date or have dated. You must bear in mind that dating is also a skill to be learned. Dating skill is considered the most important skill of any successful dating as acquiring this skill enables you to impress a woman for long term relationship. With all the five interracial dating tips provided above, success in dating a white girl is a foregone conclusion and wish you have a wonderful time.

This entry was posted on Tuesday, April 19th, 2016 at 3:16 am and is filed under Uncategorized. You can follow any responses to this entry through the RSS 2.0 feed. You can leave a response, or trackback from your own site.